The Secret Life of the American Teenager 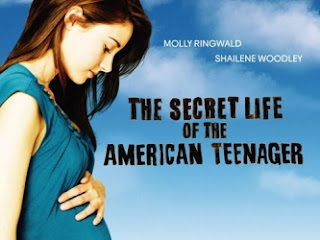 I've been watching the first couple of seasons of the show, The Secret Life of the American Teenager. It's pretty good but I sure hope it isn't an accurate representation of life in high school these days. I certainly don't remember everything revolving around sex. Constantly.

Seriously, do these kids talk about anything else? Like band or drama or even, school? Nope, just sex. And there are all these messages at the end or the middle of the episode where the cast says things like, "the first time too many teens talk about sex with their parents is when they tell them they're pregnant" or "it may seem like everyone is having sex but most really aren't!"

Ummm, on that show everybody is having sex. Even the Christians that belong to the chastity club, etc...

I didn't know very many 9th or 10th graders that were sexually active. Or had SO many, many partners by age 16. Maybe one or two. Ah, whatever. It's entertaining. I love some of the super sarcastic characters. Probably more like the original 90210!
Posted by Trudi at 9:55 PM