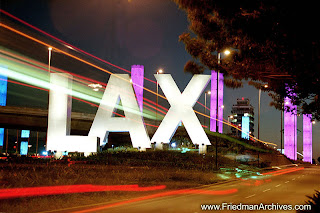 Don't feel too sad for him. We've added a week to the trip so that we can check out Southern California. It is overwhelming trying to plan this trip. The Disneyland stuff is sorted. I added an extra day at the Grand Californian so that he can see a bit more of Disneyland and California Adventure. But, I still have almost six days to organize. And there are a lot of options!

San Diego is a couple of hours away and they have a world famous zoo, Seaworld and Legoland. Although I am not so sure the kid would love Legoland. And then there is Santa Monica and its nifty pier. Plus the Pacific Ocean which I have to swim in. And the Aquarium of the Pacific. There is Venice Beach, Malibu and Long Beach. Los Angeles and Hollywood. Universal Studios, Magic Mountain and Knott's Berry Farm. So many options! And I haven't even touched on all the super cheesy stuff - like Movie Star Home tours or Grauman's Chinese Theatre or the Walk of Fame.

Can you tell that this post is serving to organize my thoughts? Or maybe to get my husband to give me his opinion? :D

I knew about the City Pass. That won't work for us because we already have our Disneyland Park Hoppers. But, did you know about the Go Los Angeles and Go San Diego cards? They look pretty interesting.

What do you think we should do?
Posted by Trudi at 9:00 AM