No more shopping for us!

We were at a family wedding this weekend at the cottage. I was surprised that the best man's fiancé (he is also the brother of the groom and my cousin) wasn't there. She's from Africa and I said something in front of the kid about being sad that I hadn't been able to meet her yet. The kid apparently knows more than I do about what is going on with the family.

She informed me that the fiancé wasn't able to come to Canada because her credit card wasn't ready in time.

My mom and I were perplexed until we quickly realized that my credit card is a Visa so... Visa=credit card.
Posted by Trudi at 5:06 PM No comments: 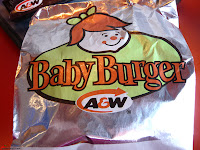 I skipped lunch today. We're supposed to work a half day and I got a bit distracted. So, while driving the kid home from camp I mentioned that I was craving red meat.


Kid: Err, when did you last crave red meat?
Me: A few weeks ago, probably. Why?
Kid: Whew! I was afraid that I was going to have a sibling.
Me: No! It just means my iron is low.

Although, now that I think about it, where did she get the idea that cravings=pregnancy?
Posted by Trudi at 10:14 PM No comments:

Both our cats like to mark things. Luckily they do this by pressing and rubbing their heads against stuff instead of peeing on things. The cat that pees on things only does it when she is mad at us.

Apparently my glasses below to the cat. I know this because she keeps marking them - while I am wearing them. She also likes to lie on my arm rest with a huge portion of her body resting on me. I don't really know what personal space is anymore.
Posted by Trudi at 8:24 PM No comments:

Email ThisBlogThis!Share to TwitterShare to FacebookShare to Pinterest
Labels: cats

She needs a vacation

Since school ended I think the kid has spent a grand total of maybe two nights at her house. It may have only been one. She's been at the cottage with my dad most of the time. Except for the two weeks we spent touring New York City and Boston.

She has a rough life.

She has also grown much taller since the end of school. I have to buy her some new clothes or else we'll get a phone call from them about her showing too much skin. I don't want to have that conversation again.

I told her we should go to the states to Justice when I pick her up at her grandparents house in Niagara next week. She immediately told me that we should do that AND spend the night there. And yes, she told me that she needed a vacation from home. Because six weeks isn't enough.
Posted by Trudi at 5:47 PM No comments: